33 students from Years 12 and 13 and teachers from the Religious Education department recently took an active role in a ‘Candle Conference’ hosted by Dr. Peter Vardy and Dr. David Webster (University of Gloucestershire). Dr. Peter Vardy has developed sixth form conferences for students of A- Level Religious Studies in Philosophy of Religion and Ethics for many schools since the 1990s and it was a wonderful opportunity for our students to listen to university style lectures, actively join in with debates and listen to some of the most challenging questions that face students of Religious Studies today. Subjects covered ranged from the arguments for the existence of God, to the problem of evil and suffering, finally moving on to focus on ethical principles of natural moral law and proportionalism, which are all on the new A-level course. There were also video discussions with eminent Catholic theologians including John Finnis and Bernard Hoose. 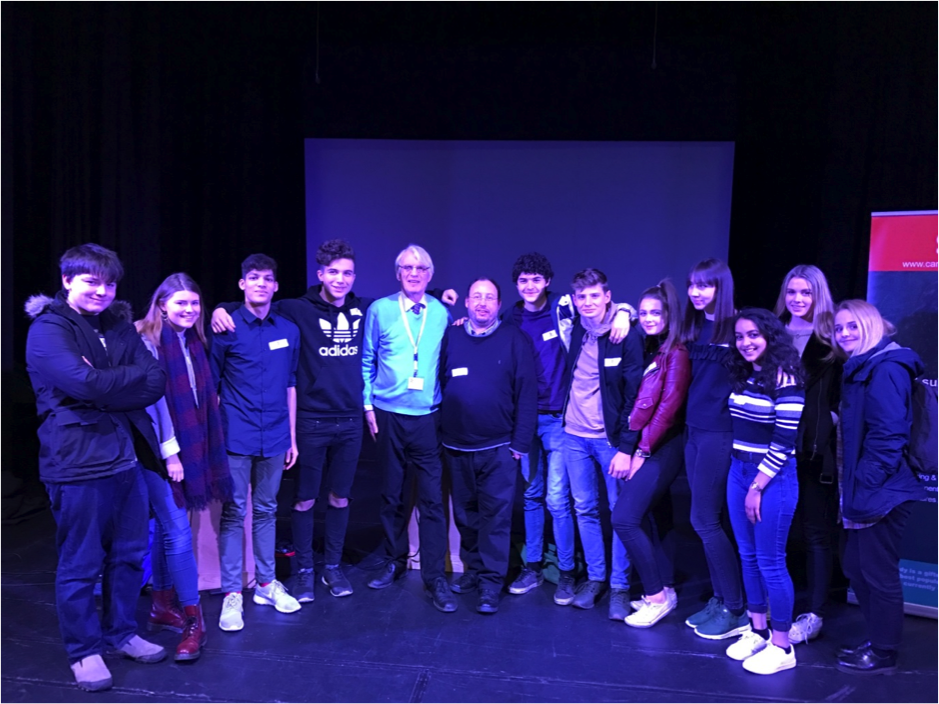 With students from across the West Midlands, The former vice-principal of Heythrop College of the University of London from 1999-2011, showed a true and unswerving passion in engaging some 200 students with extensive questions that affect them in their studies and learning. Since 2010, Dr. Vardy has been working with in excess of 14,000 young people and thousands of teachers per year.  Dr. Vardy has also written some 16 books, many of which our students are encouraged to digest in their studies. With the nature of the A-Level course changes, Dr. Vardy reinforced the constant need and development of the skills of analysis and evaluation by the students, as this accounts for some 60% of the final marks available in the examination. His inimitable style and enthusiasm certainly left it’s imprint in the minds of the students as they carry on their studies.