ST JOSEPH’S NETBALLERS ACHIEVE ONCE IN A GENERATION HAT TRICK

St. Joseph’s College hot shots have netted a once in a generation goal by getting all three of their senior sides through to the West Midlands regional finals. The under-14s won the county title, with both the under-16 and under-19 teams going through as runners up. 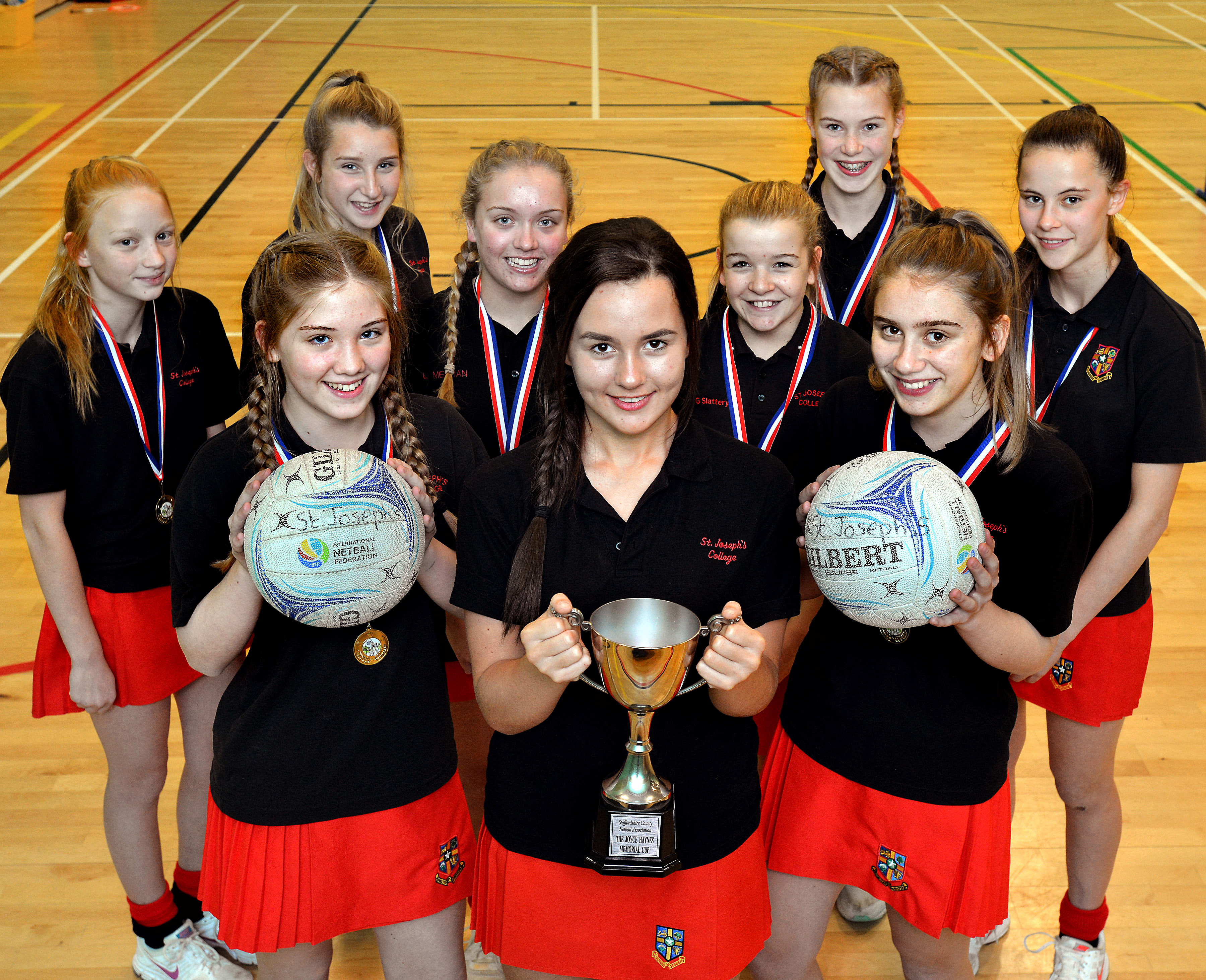 We did it 23 years ago and have had one or even two teams qualifying before, but a hat trick is a very rare feat.